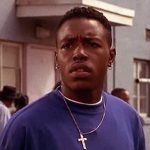 Actor Tyrin Turner, who played the critically acclaimed part of Caine in the iconic movie Menace To Society, has joined with entertainment industry executive Stan Sheppard to make his directorial debut in the TV series Young Bulls. Written by Stan Sheppard and Marlena Jeter, the new series chronicles the return of a Chicago gangster who has been freed from prison after … END_OF_DOCUMENT_TOKEN_TO_BE_REPLACED