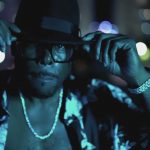 Veteran west coast artist C-Bo was the recent guest on the West Coast Styles podcast with hosts Styles & Don Dubb to discuss several topics including how the legendary Clarence Reid aka Blowfly was an early influence, staying active in music while being locked up, working with 2Pac on the classic All Eyez On Me album, being one of the first rappers to be jailed due to the … END_OF_DOCUMENT_TOKEN_TO_BE_REPLACED