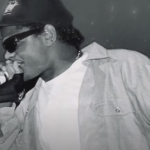 Eazy-E, known as the Godfather of Gangsta Rap, is responsible for igniting a revolution in the world of popular music. His company and label, Ruthless Records, and his iconic and legendary group N.W.A, gave the world an entirely new kind of hip-hop and paved the way for much of what the genre is today. From the beginning, Eazy-E and N.W.A invited controversy and reveled at … END_OF_DOCUMENT_TOKEN_TO_BE_REPLACED