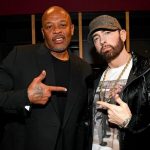 Last week Rockstar Games announced a new story entitled The Contract which finds music mogul, Dr. Dre, needing some help because he lost his phone containing his unreleased music. So, the mission is to find the producer’s lost cell phone full of the unheard musical gems and return it to him.  One of the most exciting aspects of the upcoming release is that it will feature … END_OF_DOCUMENT_TOKEN_TO_BE_REPLACED