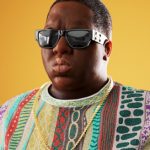 OneOf has announced Sky’s the Limit: The Notorious B.I.G. NFT Collection, a first-of-its-kind NFT in partnership with The Christopher Wallace Estate. Bringing music to Web3 in a way that only OneOf can, the platform will host a generative profile picture (PFP) NFT collection that honors and celebrates The Notorious B.I.G. as one of the most influential rappers and cultural … END_OF_DOCUMENT_TOKEN_TO_BE_REPLACED 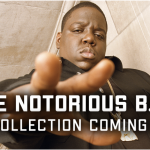 OneOf, the Green Web3 company built for music, sports, and lifestyle, is honored to commemorate iconic rapper Biggie Smalls’ legendary hip hop career with exclusive NFTs. As we embark on the auspicious 25th Anniversary of the death of The Notorious B.I.G. and the release of his iconic 1997 album Life After Death, OneOf celebrates his life in partnership with The … END_OF_DOCUMENT_TOKEN_TO_BE_REPLACED