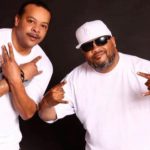 Pomona, California legends, Suga Free and Kokane were recent guests on The KDAY Morning Show with CeCe & Romeo to discuss their upcoming album Power Of The P. During the discussion with CeCe & Romeo about the upcoming collaborative project, Kokane and Suga Free told the hosts that they although they didn't want a lot of features on the album, it does feature … END_OF_DOCUMENT_TOKEN_TO_BE_REPLACED 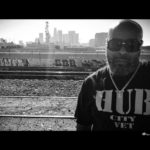 Tha Chill, producer extraordinaire and a founding memeber of Compton's Most Wanted, is working on numerous projects, including his own upcoming album Elephant, the recently announced Osiris EP from MC Ren, and the Power of the P, the collaborative album between Kokane and Suga Free. The pair recently released the wildly funky Cutty Dre-produced single, "SugaKane", and while … END_OF_DOCUMENT_TOKEN_TO_BE_REPLACED

Earlier this year it was announced that Pomona, California legends Kokane and Suga Free were collaborating on a forthcoming album entitled Power of the P. Today (Spetember 24), the pair have released the first single from the project called "SugaKane", a funky joint produced by Cutty Dre. This dynamic duo will be putting out the “Power of the P” joint album in the … END_OF_DOCUMENT_TOKEN_TO_BE_REPLACED

Earlier this year it was announced that Pomona, California legends Kokane and Suga Free were collaborating on a forthcoming album entitled SugaKane. Now, the pair have released a teaser in an Instagram post for an upcoming song from the project called "Power of the P", a funky joint produced by Cutty Dre. The single is set to arrive September 24, 2021. Check out the … END_OF_DOCUMENT_TOKEN_TO_BE_REPLACED 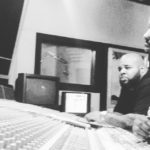 West Coast producers Big Zeke and Ant Banks have formed the production team 80Seven Productions, and they have already been making some major moves. The duo are confirmed to be working on the upcoming Too Short album Sir Too Short, as well as providing production on the Mt. Westmore album along with Dr. Dre, Fredwreck, Battlecat, ProHoeZak and others. Today, 80Seven … END_OF_DOCUMENT_TOKEN_TO_BE_REPLACED