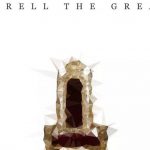 Oakland, California emcee Izrell just dropped the Izrell The Great album, which features Silk E and Fluid, and is produced by Steven King. Izrell has worked with DJ D-Sharp (the Golden State Warriors official DJ) on the Who's That? mixtape, Grammy-nominated record producer G Koop on Talk Of The Town, and Casual of the Hieroglyphics on the song "Sushi". Izrell is currently … END_OF_DOCUMENT_TOKEN_TO_BE_REPLACED