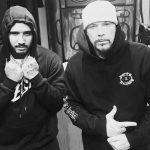 The legendary DJ Muggs, producer for Cypress Hill and leader of the Soul Assassins, took to Instagram to announce the upcoming Winter 2: Nightmare Before Christmas album, set to feature emerging South Central native, T.F. Muggs recently dropped the collaborative effort Cartagena album with Crimeapple, and now the multi-platinum producer has his sights set on the follow up to … END_OF_DOCUMENT_TOKEN_TO_BE_REPLACED 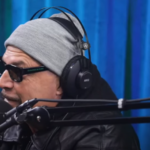 Cypress Hill and Soul Assassins producer DJ Muggs was the featured guest on fellow Cypress Hill member B-Real's The Dr. Greenthumb Podcast earlier this week. The "How I Could Just Kill A Man" producer discussed a wide range of topics which included Cypress Hill stories like the time they serenaded the police in attendance at a show with "Pigs", how the group was hated on … END_OF_DOCUMENT_TOKEN_TO_BE_REPLACED 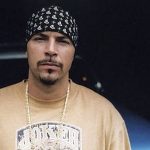 DJ Muggs produced the self-titled debut album for Cypress Hill in 1991 using jazz, R&B, psychedelic rock and metal samples as the soundscape for B-Real and Sen Dog to kick their weed-fueled rhymes over.  With the album released over a year before Dr. Dre came out with The Chronic, DJ Muggs and Cypress Hill had already crafted stoner anthems like “Light Another” and … END_OF_DOCUMENT_TOKEN_TO_BE_REPLACED