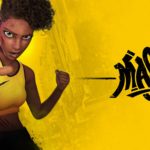 Animation powerhouse Steamroller Studios has acquired the IP for a forthcoming animated feature film from Jamaal Bradley’s PopWilly Productions. With that, Steamroller and PopWilly are teaming up to create Master.  Peter Ramsey (Spider-Man: Into the Spider-Verse, Rise of the Guardians) is officially set to serve as the film’s Executive Producer. … END_OF_DOCUMENT_TOKEN_TO_BE_REPLACED