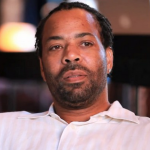 The D.O.C. confirmed via Twitter this past weekend that he is getting his original voice backafter a 1989 car crash crushed his vocal charts. This came after his appearance on Sirius XM’s “From The Press Box to Press Row,” where he debuted the voice to the public. “About a year and a half ago, my voice started coming back on its own and if I concentrate, I can speak with a … END_OF_DOCUMENT_TOKEN_TO_BE_REPLACED