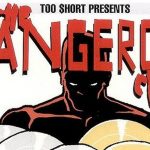 In the mid-90s, as Too Short was planning his retirement, he put together two final albums with Cocktails and Gettin' It (Album Number Ten) to bid farewell to his fans. Sandwiched in-between those platinum classics Too Short dropped a compilation featuring his crew of producers and artists, known famously as the Dangerous Crew. The Don’t Try This at Home compilation, released … END_OF_DOCUMENT_TOKEN_TO_BE_REPLACED 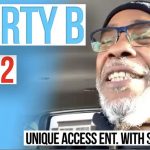 Diamond-selling producer Shorty B stops by Unique Access Entertainment for part 2 of his conversation with host Soren Baker to discuss how he tried to talk Too Short out of doing Cocktails. The veteran rapper-producer-musician, formerly of the multi-platinum production unit The Dangerous Crew, also talks about Ant Banks respecting his talent & why he and the late Shock G of … END_OF_DOCUMENT_TOKEN_TO_BE_REPLACED 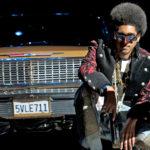 On April 22, 2021 Digital Underground co-founder/rapper/producer Gregory Edward Jacobs, known to the world as Shock G/Humpty Hump, passed away at 57. D.U. put together a string of hits in the early 1990's like "Doowutchyalike", "The Humpty Dance", and "Freaks Of The Industry" from their 1990 album Sex Packets, as well as "Kiss You Back" and "Same Song" (which introduced us to … END_OF_DOCUMENT_TOKEN_TO_BE_REPLACED 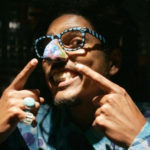 Digital Underground is riding high into the digital revolution with the highly anticipated album Cuz a D.U. Party Don't Stop. This historic album will be the final project released by the multi-platinum Digital Underground crew, ending their twenty-year run of original, highly successful and innovative hip-hop music. A bona fide pioneer, Shock G and his fascinating character … END_OF_DOCUMENT_TOKEN_TO_BE_REPLACED