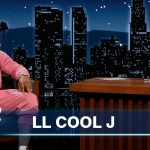 Back in June, LL Cool J, via new Def Jam Strategic Consultant Snoop Dogg, announced that he was indeed working on a new album, but details of the project were not shared. However, during his appearance on Jimmy Kimmel Live last night (September 29), LL Cool J once again confirmed a new album was in the works, and also shared that A Tribe Called Quest frontman Q-Tip would be … END_OF_DOCUMENT_TOKEN_TO_BE_REPLACED