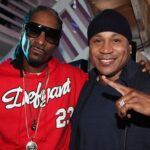 In his new role of Executive Creative And Strategic Consultant to the iconic music label Def Jam, West Coast icon Snoop Dogg took to Instagram to confirm that a new LL Cool J album is indeed on the way. In the post over the weekend, Snoop and LL tease that his first album in over 7 years is, "off the hook!', and that a new visual will be making it out soon as well. LL Cool … END_OF_DOCUMENT_TOKEN_TO_BE_REPLACED

On the latest airing of the new Too Short-hosted show Don’t Stop Rappin’ on Rock The Bells Radio, the Oakland, California icon celebrated the longevity of several producers and featured music from Scarface, Jay-Z, Eve, The D.O.C., UGK, Lil' Pump, 2Chainz, Kendrick Lamar and several others. During the broadcast, Too Short recounted being on the phone with Houston legend … END_OF_DOCUMENT_TOKEN_TO_BE_REPLACED 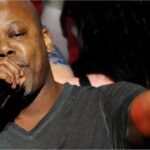 Iconic and pioneering West Coast rapper Too Short just announced his new, weekly show Don’t Stop Rappin’ on Rock The Bells Radio. The Mount Westmore supergroup member took to Instagram to announce the new endeavor, which will have new episodes on Mondays at 2pm EST. Check out the announcement from Too Short … END_OF_DOCUMENT_TOKEN_TO_BE_REPLACED