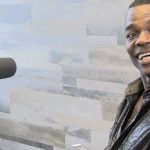 Atlanta, Georgia rapper Kool Ace was the recent guest on the BHighTV podcast show where he discussed the details of making "Pimpin' Aint No Illusion" with Too Short, and Pimp C & Bun B off the UGK album Dirty Money released in 2001 on Jive Records. Kool Ace tells the story of how Pimp C met up with him and played the instrumental track for what would become "Pimpin' … END_OF_DOCUMENT_TOKEN_TO_BE_REPLACED