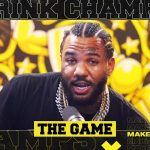 West Coast multi-platinum rapper The Game recently spoke to DJ EFN and N.O.R.E. on the Drink Champs podcast about his first meeting with Dr. Dre -- after bouncing around from Irv Gotti and Puff Daddy -- and working on what would become the 50 Cent hit-song "In Da Club" during his that initial meeting. Within the first several minutes of the … END_OF_DOCUMENT_TOKEN_TO_BE_REPLACED

Dr. Dre, Snoop Dogg, Eminem, Kendrick Lamar, Mary J. Blige, 50 Cent & Anderson .Paak all put together a historic and incredible halftime performance during the Pepsi Halftime Show of Super Bowl LVI between the Los Angeles Rams and Cincinnati Bengals. The show opened up with an instrumental rendition of "Nuthin' But A G Thang" as Dre and Snoop appear on top of the … END_OF_DOCUMENT_TOKEN_TO_BE_REPLACED 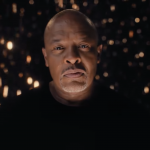 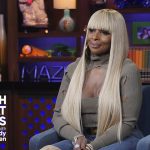 The Queen of Hip-Hop Soul Mary J. Blige was recently a featured guest on Watch What Happens Live and spoke to show host Andy Cohen about her upcoming Super Bowl LVI Pepsi Halftime performance alongside Eminem, Dr. Dre, Snoop Dogg, and Kendrick Lamar. When asked if she was nervous headlining the show with the star-studded cast, Blige replied, “I’m not nervous. I’m cool. I … END_OF_DOCUMENT_TOKEN_TO_BE_REPLACED 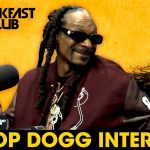 Snoop Dogg was the guest on The Breakfast Club, on today’s (October 27) episode and spoke with Charlamagne Tha God and Angela Yee about his new role as Executive Creative And Strategic Consultant to the iconic music label Def Jam, the very recent loss of his mother, squashing the beef with Eminem, performing in the upcoming Super Bowl LVI Halftime Show with Dr. Dre, and so much … END_OF_DOCUMENT_TOKEN_TO_BE_REPLACED 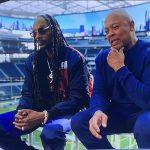 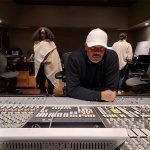 In the aftermath of the announcement from Pepsi, the NFL and Roc Nation that the Pepsi Super Bowl LVI Halftime Show at SoFi Stadium on Sunday, Feb. 13, 2022 will feature Dr. Dre, Snoop Dogg, Eminem, Mary J. Blige, and Kendrick Lamar, pioneering producer and music mogul Dr. Dre took to instagram to share his excitement. "I’m extremely excited to share the stage with my … END_OF_DOCUMENT_TOKEN_TO_BE_REPLACED