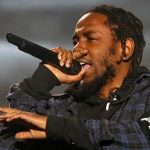 Pulitzer Prize-winning rapper Kendrick Lamar has officially announced that his fifth studio album, Mr. Morale & The Big Steppers, will be dropping on May 13, 2022. Taking to social media yesterday (April 18), and in response to a tweet claiming the Compton native had officially retired, Kendrick provided a link to his oklama.com website, which announced the album and … END_OF_DOCUMENT_TOKEN_TO_BE_REPLACED