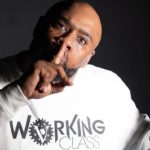 "One Blunt" is the new music video from Big V, former front-man of the multi-platinum, Grammy-nominated rap group Nappy Roots. The song and video depict how Big V, aka Vito Banga, has faced the difficulties, trials, and accomplishments of life one blunt at a time. From being a father in his teens, the loss of a favorite aunt, or even living the high-life as he and his … END_OF_DOCUMENT_TOKEN_TO_BE_REPLACED