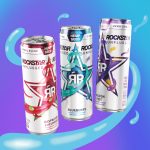 Designed to give you the right amount of caffeine when you need it, Rockstar Energy Drink is creating a new kind of energy drink with the launch of Rockstar Unplugged. Rockstar Unplugged focuses less on providing a big hit of energy and more focus on enhancing good vibes with ingredients like hemp seed oil and B vitamins. These elements combined with a fruit-forward energy … END_OF_DOCUMENT_TOKEN_TO_BE_REPLACED 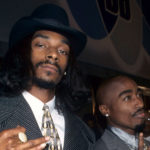 The MTV Vault YouTube channel has released rare footage of Tupac Shakur and Snoop Dogg on the set of the “2 Of Amerikaz Most Wanted” music video. During the on-set interview, MTV News talked to Snoop Dogg and Tupac on about the music video, their partnership, and legacy. The Behind-The-Scenes footage features appearances from the late Nate Dogg, Suge Knight, Kurupt, Daz … END_OF_DOCUMENT_TOKEN_TO_BE_REPLACED