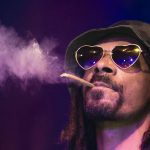 The MTV Vault YouTube channel has released rare footage of Snoop Dogg's MTV Cribs episode from 1996, when the crew stopped by the compound to get a tour of the place, play some basketball on the court behind the house, exchange pleasantries with the family, as well we get some time with The Doggfather himself. The footage starts off with Snoop shooting some hoops with his … END_OF_DOCUMENT_TOKEN_TO_BE_REPLACED