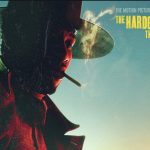 Today (Oct. 29), Roc Nation – in partnership with Netflix – announced the release of the soundtrack for The Harder They Fall film, which will include new music from a versatile array of artists, such as Jay-Z, Kid Cudi, Ms. Lauryn Hill,Jadakiss, Conway The Machine, Koffee, Seal, CeeLo Green and film director Jeymes Samuel, among many others. Each song on the soundtrack was … END_OF_DOCUMENT_TOKEN_TO_BE_REPLACED