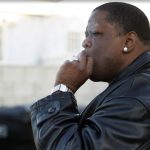 West Coast legend CPO Boss Hogg has been captivating fans of west coast hip-hop since 1990 when he stepped on the scene with his crew, the Capital Punishment Organization. Discovered and introduced by MC Ren, CPO Boss Hogg, aka Lil’ Nation, made his extraordinary debut when the video to “Ballad Of A Menace” was released, and featured members of N.W.A. — Eazy-E, Dr. … END_OF_DOCUMENT_TOKEN_TO_BE_REPLACED