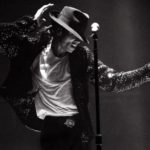 During a Conversations With Chad exclusive interview, Chris "The Glove" Taylor, the pioneering producer speculates how after he met Michael Jackson in early 1983 that the King of Pop then "borrowed" Taylor's signature one glove look for his infamous "Billie Jean" moonwalk debut during the Motown 25: Yesterday, Today, Forever, which was broadcast on May 16, 1983 and famously … END_OF_DOCUMENT_TOKEN_TO_BE_REPLACED