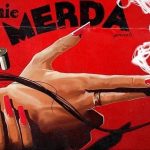 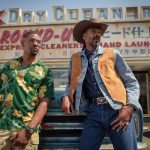 On August 12 Snoop Dogg joins Jamie Foxx and Dave Franco in the upcoming Netflix film Day Shift. The first trailer was released on Monday (July 11) showing Foxx’s character Bud Jablonski, a blue-collar family man who works as a pool cleaner in the San Fernando Valley. As the trailer unfolds, we see that the chlorine and cleaning supplies at the pool are only a front for his … END_OF_DOCUMENT_TOKEN_TO_BE_REPLACED