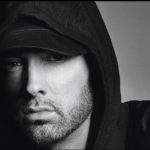 As one of the best-selling music artists of all time, and arguably one of the greatest rappers of all time, Eminem is undoubtedly an icon in music. Known for his controversial lyrics, Slim Shady burst onto the scene in February 1999 with his debut album The Slim Shady LP, released on Dr. Dre’s label Aftermath Entertainment. From there, Marshall Mathers would go on to … END_OF_DOCUMENT_TOKEN_TO_BE_REPLACED