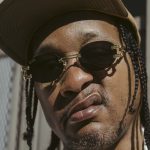 Compton, California producer/rapper DJ Quik has been a force in hip-hop since the late 1980s, carving out a creative path that put him at or near the top of all lists when talking about the greatest music producers. With classic solo albums to his name such as Quik Is The Name (1990), Way 2 Fonky (1992), and Rhythm-al-ism (1998), Quik has solidified himself as one of the … END_OF_DOCUMENT_TOKEN_TO_BE_REPLACED