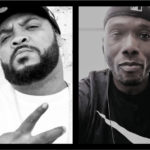 The legendary West Coast rapper/vocalist Kokane has a new album in the works, and one of the records to be featured on the project, "Hush", has the Pomona, CA icon collaborating with Kool Rock-Ski of The Fat Boys. The record is produced by Tha Chill of Compton's Most Wanted, and mixed and mastered by Rob Brown. The song will also have a video to accompany it. Filming for … END_OF_DOCUMENT_TOKEN_TO_BE_REPLACED