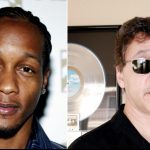 Keefe D, the uncle of Tupac Shakur’s alleged killer Orlando Anderson, was recently featured on The Art of Dialogue, where he made some eye-opening comments and pointed the finger at music producer DJ Quik regarding the March 1997 murder of Bad Boy Records artist The Notorious B.I.G. after a party for Vibe Magazine at the Petersen Automotive Museum in West Los Angeles. During … END_OF_DOCUMENT_TOKEN_TO_BE_REPLACED