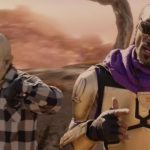 Yesterday (October 20) the big news was Snoop Dogg, Too Short, E-40, and Ice Cube dropping the official Mount Westmore single and video, "Big Subwoofer", produced by Kato On The Track. However, flying under the radar was another Jesse Wellens and Sam Macaroni-directed video the West Coast supergroup dropped. The teaser video, "Fuck You", which is produced by Dem Jointz … END_OF_DOCUMENT_TOKEN_TO_BE_REPLACED 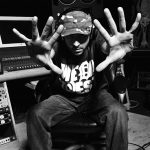 With the impending April release of the Mt. Westmore supergroup album with Snoop Dogg, Ice Cube, Too Short and E-40, information about the project is trickling out bit by bit. Today, Fredwreck shared to his Instagram story a track he had just received back from mastering titled “Fuck You”. DJ Pooh also recently put on his a Instagram that he and Fredwreck produced a … END_OF_DOCUMENT_TOKEN_TO_BE_REPLACED