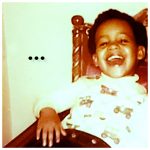 Focus…, a 5x Grammy Award winning record producer, first rose to fame when signed to Dr. Dre‘s Aftermath Entertainment in 2001. Over the course of his career he has produced Platinum and Gold selling records for artists including Dr. Dre, Beyonce', Eminem, Kendrick Lamar, The Game, and many more.  Last week Focus... dropped news that he is planning to drop a new … END_OF_DOCUMENT_TOKEN_TO_BE_REPLACED