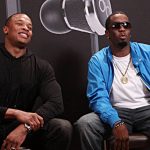 During Fat Joe and Ja Rule's showdown during Tuesday night's Verzuz battle, So So Def Recordings head Jermaine Dupri took to Twitter and challenged Bad Boy Records mogul Diddy to a Verzuz challenge. Diddy responded back via Twitter by saying, "Beloved you my nigga but your arms too short to box with God!!! You aiint got enough hits. I’ll smash you with just biggie n Mary . … END_OF_DOCUMENT_TOKEN_TO_BE_REPLACED 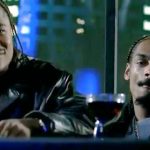 In 1999, Snoop Dogg finally reconciled with Dr. Dre after both had left Death Row Records and embarked on the next journey of their respective careers. Dre left Death Row to start his Aftermath imprint, and Snoop had left to join Master P and his No Limit Records camp after the death of 2Pac. On Snoop's 1998 No Limit debut Da Game Is To Be Sold Not To Be Told, he hollered … END_OF_DOCUMENT_TOKEN_TO_BE_REPLACED 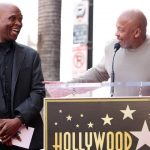 Veteran Los Angeles radio personality Kurt “Big Boy” Alexander joined other legendary and famous radio personalities on Hollywood Boulevard, when he was honored with the 2,701st five-pointed terrazzo and brass star on Wednesday, Sept. 8 on the famed boulevard in front of Amoeba Music.Long-time friend and iconic music producer Dr. Dre was one of the headlining speakers at the … END_OF_DOCUMENT_TOKEN_TO_BE_REPLACED 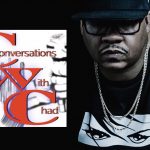 On today’s episode of Conversations With Chad we talk with multi-platinum producer Focus..., a 5x Grammy Award-winning music producer who has worked with an A+ list of artists including Dr. Dre, Beyoncé, Lil Wayne, Eminem, Rick Ross, Kendrick Lamar, Anderson .Paak, The Game, Christina Aguilera, 50 Cent, Busta Rhymes, Jadakiss, and too many more to name. During this … END_OF_DOCUMENT_TOKEN_TO_BE_REPLACED 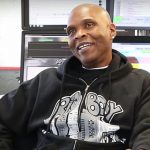 Veteran Los Angeles radio personality Kurt “Big Boy” Alexander will be joining other legendary and famous radio personalities on Hollywood Boulevard, when he will be honored by the Hollywood Chamber of Commerce with the 2,701st five-pointed terrazzo and brass star on Wednesday, Sept. 8 at 11:30am PT, on the famed boulevard in front of Amoeba Music. Producer of the Hollywood … END_OF_DOCUMENT_TOKEN_TO_BE_REPLACED