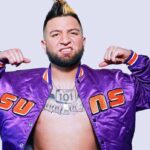 Phoenix, Arizona rapper Dann G drops his latest record, “Rally The Valley”, produced by Megawatts. The song is the official anthem for the Phoenix Suns of the NBA, and has been the team's and the fan's rallying cry as the Suns are making a deep run in the playoffs. Dann G originally premiered the song during the halftime show of the Phoenix Suns / Los Angeles Lakers NBA … END_OF_DOCUMENT_TOKEN_TO_BE_REPLACED 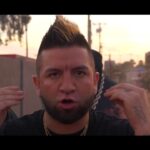 Phoenix, Arizona rapper Dann G drops his new single, "Cabo Vibes", featuring Alexcis & Megawatts, off the Galvez the Great album. During the halftime show of the Phoenix Suns / Los Angeles Lakers NBA playoffs game, he performed “Cabo Vibes”, as well as premiered another new song, “Rally the Valley,” which is an anthem for the Suns. Dann G has released four albums: G60, … END_OF_DOCUMENT_TOKEN_TO_BE_REPLACED