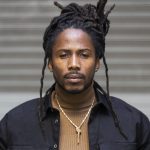 Inglewood, California's own D Smoke made his mainstream breakthrough in 2019 as the first winner of the reality rap competition Rhythm & Flow. However, by that time, the bilingual multi-instrumentalist had already been busy on the scene for over a decade as both a songwriter and an underground figure influenced as much by West Coast … END_OF_DOCUMENT_TOKEN_TO_BE_REPLACED 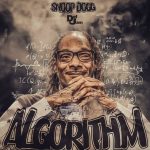 Snoop Dogg & ProHoeZak are connecting once again for the Doggfather's upcoming album Algorithm. The "Say It Witcha Booty" producer took to Instagram to show Snoop previewing their latest collaboration “Get My Money”, featuring Fayetteville, North Carolina rapper Morray. In the clip, Snoop is recording the video preview with a computer screen in the background with what … END_OF_DOCUMENT_TOKEN_TO_BE_REPLACED

Jac Ross released his anthemic debut single “It’s Ok To Be Black” at the top of this year, though since its release, and namely, the current state of our world, the song has taken on a whole new context. Now, the song has been reimagined and retitled “It’s Ok To Be Black 2.0” andfeatures guests D Smoke and Buddy, who add a fresh take to the … END_OF_DOCUMENT_TOKEN_TO_BE_REPLACED