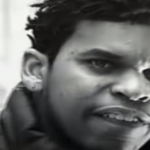 Mr. ILL rose to prominence during the mid 90’s with the Cellblock Records crew out of Oakland, California, where he featured on classic albums like Do Or Die and Big Thangs by Ant Banks, Rappin' Ron & Ant Diddley Dog‘s Bad N-Fluenz, Askari X’s Message To The Black Man, and the Cellblock Records Compilations. He was signed on Cellblock Records / Priority Records where he … END_OF_DOCUMENT_TOKEN_TO_BE_REPLACED