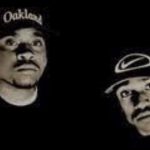 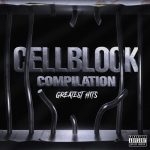 For the first time ever, Cellblock Records is available digitally and on all streaming platforms! Cellblock Records was an Oakland, CA-based record label in the mid-90’s which boasted a collection of high-powered artists like Bad N-Fluenz (Rappin’ Ron & Ant Diddley Dog), Mr. ILL, FM Blue and others.  The label had deep connections with Too Short’s imprint Dangerous … END_OF_DOCUMENT_TOKEN_TO_BE_REPLACED