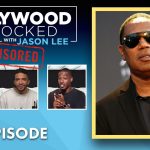 No Limit Records founder Master P was recently featured on Hollywood Unlocked with Jason Lee to talk about Kim Kardashian's update on his brother, and rapper C-Murder's case, the damage of Lil' Boosie and Kim K coming out and helping, discussing the racism that persists in the government of Louisiana, and C-Murder's mind state during his criminal process. Other discussions … END_OF_DOCUMENT_TOKEN_TO_BE_REPLACED