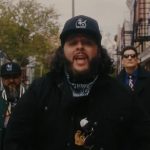 Last month, production duo and brothers Adrian Rezza and Lucas Rezza, a/ka/ 80 Empire released “Business” via Gladiator Records. This week, 80 Empire follows up the single release with the official “Business” music video, featuring Robert Funaro of The Sopranos and and special guest Cristina Donadio who starred in the 2014 Italian crime drama series Gomorrah. With the … END_OF_DOCUMENT_TOKEN_TO_BE_REPLACED 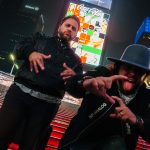 80 Empire just dropped their latest single "Business" via Gladiator Records, which will be followed by a music video to the single dropping within the next couple weeks, and is set to star Robert Funaro of The Sopranos and a surprise guest from the hit Italian TV show Gomorrah. In October of last year, the producers & brothers Adrian Rezza and Lucas Rezza, a/ka/ 80 … END_OF_DOCUMENT_TOKEN_TO_BE_REPLACED