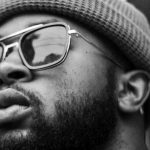 Jac Ross released his anthemic debut single “It’s Ok To Be Black” at the top of this year, though since its release, and namely, the current state of our world, the song has taken on a whole new context. Now, the song has been reimagined and retitled “It’s Ok To Be Black 2.0” andfeatures guests D Smoke and Buddy, who add a fresh take to the … END_OF_DOCUMENT_TOKEN_TO_BE_REPLACED