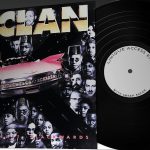 During a recent Unique Access Entertainment interview with Brother J of XClan, the rapper-producer discussed the story behind the cover of the group's To The East, Blackwards album. The Grand Verbalizer also tells host Soren Baker about selecting the historical figures who appear on the cover. XClan is the Brooklyn, New York, hip-hop group that featured Brother J, Professor … END_OF_DOCUMENT_TOKEN_TO_BE_REPLACED 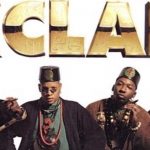 Brother J of XClan wants to do a Verzuz between his crew and Public Enemy. The Grand Verbalizer took to Instagram to tag Chuck D and pose the question of doing XClan vs Public Enemy with 10-15 songs, special guests and more. "Peace .. salute to Big Daddy Kane and KRS 1 for a dope showcase of skill and mastery.. I’m hype to continue the process of respectful microphone … END_OF_DOCUMENT_TOKEN_TO_BE_REPLACED