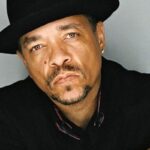 Legendary & iconic emcee/actor/songwriter Ice-T catapulted to fame with the release of his debut album, 1987’s Rhyme Pays, the first album that carried an explicit content warning sticker. Since then, he has released seven additional solo albums, which have included the powerful Power in 1988 and 1991’s O.G. Original Gangster. He has become a Grammy Award-winning … END_OF_DOCUMENT_TOKEN_TO_BE_REPLACED 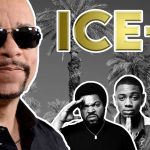 Veteran rapper/actor Ice-T recently appeared on the Holdin' Court podcast to talk about his early years growing up in the gang culture, becoming the Godfather of Gangsta Rap, having the longest running TV Show Law and Order: SVU, working with fellow actor/rapper Ice Cube, as well as his highly successful, Grammy Award-winning Rock band Body Count. The West Coast legend and … END_OF_DOCUMENT_TOKEN_TO_BE_REPLACED 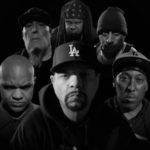 Rapper/Actor Ice-T struck gold for the second time in his career by taking home his second Grammy Award — and his first since 1991 — when his Heavy Metal group Body Count won the award of Best Metal Performance, for its 2020 single “Bum-Rush” of the Carnivore album. The group beat out Code Orange’s “Underneath,” This Moment’s “The In-Between,” Poppy’s … END_OF_DOCUMENT_TOKEN_TO_BE_REPLACED