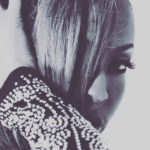 Singer/Songwriter Roniece Levias releases her tribute to the Bobby Caldwell slow classic “Do For Love.” Roniece Levias sang background vocals on "Brenda's Got A Baby", which is the second single by 2Pac from his 1991 debut album 2Pacalypse Now, along with Dave Hollister. She can also be heard on numerous West Coast projects like Too Short's 1993 classic Get In … END_OF_DOCUMENT_TOKEN_TO_BE_REPLACED