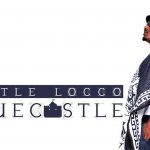 A couple of months ago, San Diego OG Battle Locc dropped off his "Curse Of The Crip" video ahead of his forthcoming Rick Rock-produced album.  Following up on the video release, Battle Locc has dropped his Blue Castle album.  The 19-track album features Goldie Gold, Ray Hendrix, Jazzie 2X, Stresmatic, and others.  The entire project was produced by the … END_OF_DOCUMENT_TOKEN_TO_BE_REPLACED