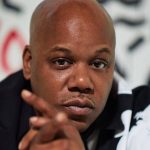 Oakland icon and Mount Westmore supergroup member Too Short sat down with Billboard to talk about his upcoming Sir Too $hort album, Born to Mack's 35th anniversary, his career evolution, being the only rapper to have worked with 2Pac, JAY-Z, and the Notorious B.I.G., and more. "I have at least 50 new songs recorded — whether it’s me or any features I’ve done. And then I have … END_OF_DOCUMENT_TOKEN_TO_BE_REPLACED 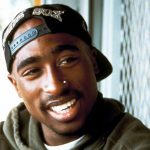 The passing of Tupac "2Pac" Shakur's mother, Afeni Shakur, has brought many to revisit the rapper's beloved track "Dear Mama" in remembrance. Now a version of the song that is said to predate the popular recording has surfaced courtesy of Tupac's early collaborator DJ King Assassin. The original version of "Dear Mama" includes vocals from Yo-Yo and some other samples … END_OF_DOCUMENT_TOKEN_TO_BE_REPLACED