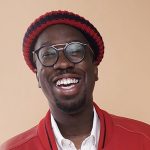 Grammy Award-winning producer Ayo has shattered new records with Cardi B and Megan Thee Stallion on their chart-topping release “WAP”. The track racked up 93 million streams in the United States in the week after its release on Aug. 7, 2020 — the most ever recorded for an opening seven-day period, according to Nielsen Music, which propelled the … END_OF_DOCUMENT_TOKEN_TO_BE_REPLACED