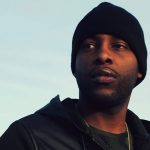 Flint emcee/producer and All Varsity Music artist Jon Connor dropped the official video for "To Whom It May Concern", directed by Joe Puma and produced by Connor himself. “The People’s Rapper” was once signed to Dr. Dre’s label Aftermath Entertainment and was featured on the Doctor’s Compton album. He’s released two albums, 2013’s Unconscious … END_OF_DOCUMENT_TOKEN_TO_BE_REPLACED