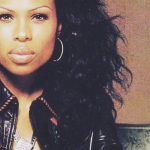 Truth Hurts was once primed to be Dr. Dre and Aftermath Entertainment’s breakout R&B sensation with the release of her 2002 debut album Truthfully Speaking. Filled with production from Scott Storch, Focus..., Dr. Dre, Mel-Man, Timbaland, Hi-Tek, and DJ Quik, Truthfully Speaking reached #5 on the Billboard 200 charts and #4 on the Top R&B/Hip-Hop Albums charts. Her … END_OF_DOCUMENT_TOKEN_TO_BE_REPLACED

Remember Truth Hurts, the former Aftermath singer who released Truthfully Speaking featuring music with Dr. Dre, Scott Storch, Focus..., R. Kelly, Mel-Man, Rakim, DJ Quik and others? Well, during her Aftermath days she crafted this "Carol" cut with Dr. Dre that never made it past the Truthfully Speaking sessions. Instead, it can now be found below and on the upcoming … END_OF_DOCUMENT_TOKEN_TO_BE_REPLACED 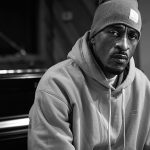 It started off a dream hip hop scenario one of the best lyricists of all time, with one of the best producers of all time. What could possibly not work? Oh, My God was set to be Rakim’s third solo album and was to be released on the biggest label at the time Aftermath Entertainment. It was gearing up to possibly be a huge move for not only Dr. Dre, but also Rakim.  So many … END_OF_DOCUMENT_TOKEN_TO_BE_REPLACED