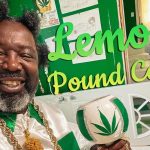 Grammy-nominated comedic rapper Afroman, who released the stoner-lifestyle anthem "Because I Got High" in 2001 and subsequently brought his songs of wit, weed, and deep-fried funk to the masses, has announced he's dropping an upcoming album entitled Lemon Pound Cake on September 30. "Because I Got High" was used in various films and television productions over the years … END_OF_DOCUMENT_TOKEN_TO_BE_REPLACED