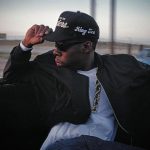 King T is a west coast pioneering legend. In 1988, King T was joining MC Hammer and Too Short as one of the few west coast acts signed to known labels like Capitol Records and Jive Records. During a career spanning four decades, Tila (as his friends refer to him) has released major-label albums like Act A Fool, At Your Own Risk, Tha Triflin’ Album, … END_OF_DOCUMENT_TOKEN_TO_BE_REPLACED