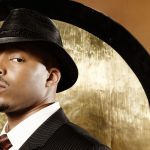 West Coast-bred artist/producer Warren G dropped his debut album, Regulate...G-Funk Era, in 1994. Featuring his late homie Nate Dogg, G-Funk's lead-single "Regulate" went on to be a major hit and catapulted the album to selling over 3 million copies. Over the last 20 years, Warren has released several solo albums, including Take a Look Over Your Shoulder, I Want It All, The … END_OF_DOCUMENT_TOKEN_TO_BE_REPLACED