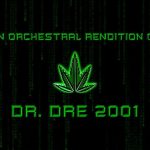 Alternative Symphony, an event management team offering attendees the experience to immerse themselves in orchestrally performed shows, will have a full modern orchestra performing Dr. Dre’s all-time hits, but also a high-end production team giving you some of the best visuals in the world. The second solo album, 2001, from music icon and legend Dr. Dre, was considered an … END_OF_DOCUMENT_TOKEN_TO_BE_REPLACED 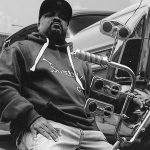 Coming straight out of the vault, Kokane recently released Da White Album featuring Goldie Loc of Tha Eastsidaz, producer DJ Silk of Aftermath Entertainment, Suga Free, Lil' 1/2 Dead, and others. According to Kokane, the 17-track album was recorded shortly after he worked on Dr. Dre’s 2001 album, and around the same time, he was also working on Snoop Dogg's The Last Meal … END_OF_DOCUMENT_TOKEN_TO_BE_REPLACED

Mega-producer and west coast hip-hop icon Dr. Dre recently revealed the secrets of his impeccable sonic quality on his 1999 release, 2001, to Young Guru on William “Fuzzy” West and Quincy Harris’ FAQ Podcast. While discussing how Dr. Dre's attention to detail in mixing his sophomore effort, Young Guru was given the opportunity to talk to Dre via FaceTime after Fuzzy called … END_OF_DOCUMENT_TOKEN_TO_BE_REPLACED 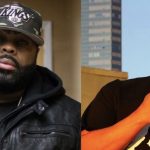 Kxng Crooked posted on Twitter how he would like to see a documentary on the making of Dr. Dre's 2001, in which he would want it to include all the artists, producers, and engineers who were involved in the creation of the classic record. "Would luv a documentary on Chronic 2001 starring all the artists, producers and engineers involved in the making of.." Responding to … END_OF_DOCUMENT_TOKEN_TO_BE_REPLACED 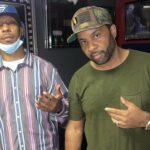 Multi-platinum producer, Bud'da, who produced the majority of the Westside Connection double-platinum selling masterpiece, Bow Down, and defined the west coast gangsta rap sound of the ‘90s, posted a photo to Instagram recently of he and fellow Pittsburgh, Pennsylvanian Mel-Man in the studio together. Most will recall Mel-Man as the co-producer with Dr. Dre, on the classic … END_OF_DOCUMENT_TOKEN_TO_BE_REPLACED