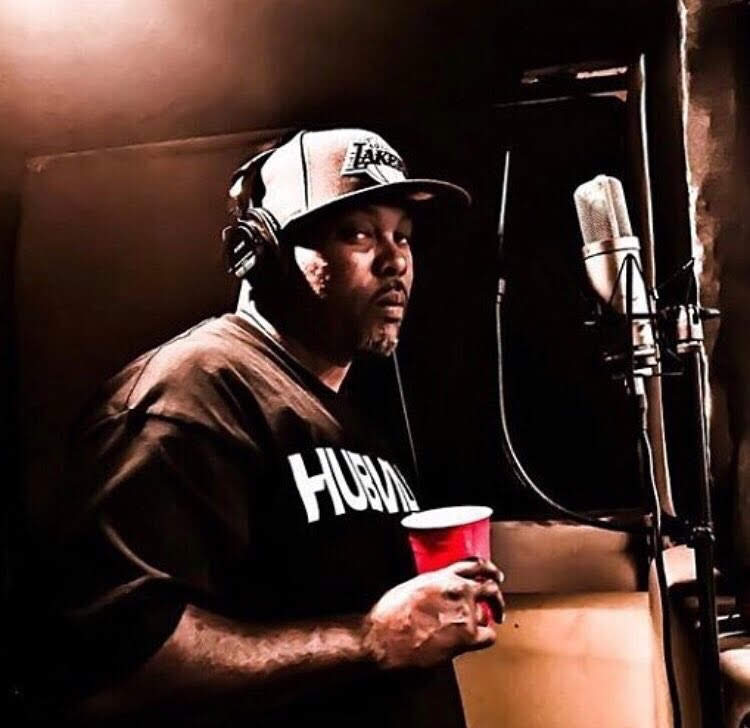 Tha Chill, as an artist and producer, has worked with many of rap’s biggest stars like MC Ren, MC Eiht, with whom he co-founded Compton’s Most Wanted, Snoop Dogg, Redman, Battlecat, Nate Dogg, King T, Kurupt, Warren G, and others.

Getting started with his C.M.W. crew of MC Eiht, Boom Bam, DJ Mike T, and DJ Ant Capone, Tha Chill began selling records and producing hits before most of you favorite rappers or producers.  His work with C.M.W. and MC Eiht is well-documented, but it’s his solo work and productions out side of that is what has been underrated.  Some of these masterpieces include “Shot Caller” for MC Ren’s last Ruthless Records album, Ruthless For Life in 1998,  “Run On Up” and “Ups & Downs” for Snoop Dogg, Warren G, and Nate Dogg on the highly-anticipated 213 project in 2004, and “Get’em” on Redman’s Red Gone Wild: Thee Album in 2007 to name a few.

Chad Kiser caught up with Tha Chill to discuss 4Wit80 and putting together the stellar collection songs like “Automatic”, “Yes” and others, as well getting some behind-the-scenes information on a few of the collaborations from the project.  We also take some time out to reminisce about his work with N.W.A and Rock ‘N Roll Hall of Fame member MC Ren, and we go back to his involvement with Snoop Dogg, Nate Dogg and Warren G on the trio’s 213 project. 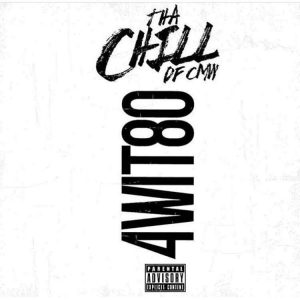 Let’s jump right into it, 4Wit80, what’s the significance of the album title and what was your thought process in building this project?

It’s crazy you ask that because you have something to do with that.  Before I left, me and you were doing a lot of stuff for the last project I had, Chillafornia.  I had to take a plea bargain to turn myself in to prison.  My plea bargain was 4 with 80, which is 80 percent of four years, which is the time I did, 3 years and 3 months.  So I felt it was appropriate to call it that because I wasn’t here to push the Chillafornia project with all the work we had put in on it, with the Big Homie Muzic and all of that stuff.  It’s just an interpretation of where my mind state was at.

It’s always great to see you and CMW ally MC Eiht on a record together.  Tell me about collaborating with Eiht on “Automatic”.

Collaborating with Eiht was a no-brainer.  We always seem to figure out how to make that magic and keep that CMW flavor alive.  We’re great individually, but together we’re part of that magic of the west coast super-groups whether it be Lench Mob, N.W.A or something like that.  We’re a household name so we did that collaboration and incorporated some people from our genre like Kokane and the legendary D.O.C., our brothers from way back in the days.

There’s a new Compton’s Most Wanted album on the way?

In doing this record, and Eiht’s Which Way Iz West album, we’re trying to build our rhythm for this new project we’re working on together.  Me, Eiht and Premier were talking, and Premier said we needed to get cracking on the new CMW album.  So, I wanted to get this 4Wit80 record out, build our rhythm with the “Automatic” record and a few others that didn’t make the album.  We’re probably 15, 16 songs deep on the new Compton’s Most Wanted album

In addition to having Eiht on the record you have the legendary D.O.C. providing the intro. along with the world’s most featured artist Kokane on the hook.  Talk about getting those pieces in place for the record.

For the people that fuck with Tha Chill, they know I’m a double-edged sword as a rapper and a producer.  Producing for so many people from the west coast, east coast, down south and all over, I’ve developed very close friendships doing this from 1988 til now.  Kokane and D.O.C. happen to be very close friends of mine.  Me thinking as a rapper, ma and with MC Eiht was only right that I come in a drop some vocals.  My boy Brenksinatra produced “Automatic”, and me and Eiht were vibing to it and I wanted it to be a big west coast record, so I wasn’t going to tap into the new genre of hip-hop for a record like that.  I was thinking how I could do something to make this record dope, and those that follow me know I dig up surprises.  It’s my way of schooling the youngsters.  On my last album I pulled out MC Ren.  I had been producing Kokane on his projects, so it was a no-brainer to get with him and add to his stature of most featured artist, and then I pull out The D.O.C., too.  I shot the track to both Kokane and D.O.C. and they did their thing and shot it back to me, we did the video, and boom.

Another notable feature is Dogg Pound member and fellow Diirty OGz group member Kurupt on “Yes”.  Describe your relationship with Kurupt and how you guys came up with this song.

I’ve been knowing Kurupt for twenty-something years.  He was at my house and I was working on a beat.  He was freestyling, hitting me with one-liners.  I told we should drop something, so we dropped it and put it together.  When they’re gone, I’m still working; when Kurupt’s gone with Snoop, I’m still working.  I went ahead and put it all together and made it a jam for the 4Wit80 project.  I told him we were going to a video for it and shot him the song.  He was like, “Damn! When did you do this song?”

Now, Let’s back track a little bit and discuss some of your work in years past.  I want to start with one of my favorite songs from you, “Have Dat $ Money Rite” off the Chillafornia album with you and MC Ren.  Tell me about working with the now Rock N Roll Hall of Fame emcee for that joint, and how you came up with the concept and music.

He was working on his Renincarnated album at the time and was looking for some tracks. He came to the house while I was working on the “Have Dat Money Rite” beat and he was like, “What the fuck is that?”  I told him it was just something I found and was trying to work on it and get it dope.  He said he wanted to bust to it, and I told him I’m going to put this on my album then [laughs].  He wrote his verse right then and there.  Unfortunately, I had left, and I couldn’t push it the way I wanted to.  That song is one of my favorites off that Chillafornia album.

On the 213 project with Snoop Dogg, Warren G, and Nate Dogg you produced some gems on there with “Run On Up” and “Ups & Downs”.  Tell me about landing those two song placements and working with all 3 of those icons on that project.

Me, Snoop, and Warren went to school together when we were kids.  If you saw Warren G’s G-Funk Era documentary and they were battling in the locker room, that was supposed to be me and Eiht that they were battling.  So when we run into each other, we look at each other like look at us now.  Look where we were and look at what we’re doing now.  We have that common respect for each other.

Battlecat was working on the record at Snoop’s studio and was on his way and he told me he wanted to take me up there.  When I got there, Dogg said he had heard I got some shit.  So, I pulled out a bunch of cd’s, we’re smoking weed, and I’m pushing play just vibing with him, Nate and Warren.  I look around and see Nate and Warren whispering to each other, and then Nate Dogg bluntly, and straight-forward was like, “We want that one!”  That one happened to be “Run On Up” [laughs].  I was surprised because I was thinking they would have wanted some gangsta boogie, g-funk, or up-tempo shit.

I left them the track, and Snoop wanted me to come back with some more shit.  When I did come back, I came back prepared because I heard some of the stuff they were working on.  Me and Battlecat went to my studio and we worked on “Ups and Downs”, and we produced that together.  After that, I ended up producing for a lot of people like Kokane, MC Eiht on his Veteranz Day album, Redman on his Red Gone Wild album, and a lot of other shit was coming across my desk.  Off that 213 project I got a lot of work, and still getting work off of it.